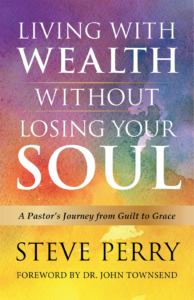 As a young man, Pastor Steve Perry passionately followed a philosophy of non-pursuit of wealth as he moved towards a Christian life. He held the not-uncommon belief that poverty was more virtuous than prosperity and hardship was a path to become closer to God.

God had a different plan. When Steve found himself in love—with a woman whose family was wealthy—the accompanying internal struggle forced him to reconcile his beliefs with his reality. Of course, he turned to God for a deeper understanding of how to integrate wealth and faith.

For many Christians, wealth is accompanied by a certain measure of guilt, compelling them to hide their prosperity for fear of being judged. In Living With Wealth Without Losing Your Soul, Steve analyzes some of the common contemporary understandings of Bible passages and parables to show that justly earned wealth is as much a gift from God as any of His other gifts. Using a combination of biblical interpretation and practical life examples, Steve suggests that wealthy Christians need not be stealth Christians, but instead can steward their wealth in order to help fund the kingdom for years to come. Though Steve acknowledges the love of money can be the root of evil, his clarification of this popular verse suggests that money simplify magnifies a person’s true character. In this way, wealth magnifies a Christian life and can actually bring one closer to God. 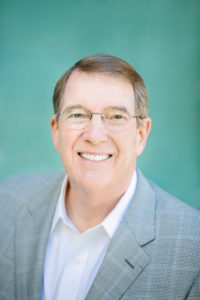 Steven Perry graduated from Azusa Pacific University (’75) with a B.A. in Religion where he met and fell in love with his wife of forty years, Susie. At the time of their engagement, Steve learned he was marrying into a family of great capacity and wealth. Steve served as Senior Pastor at Mission Lutheran Church (’84-’96), in Laguna Niguel, CA where he began developing his life philosophy and the theology for living generously as a steward of God. After years of faithful service as a pastor, Steve sensed God calling him into full-time philanthropy in support of the Church and others who could grow from his mentoring and financial support.

In 1996, Steve co-founded the National Christian Foundation California (NCF), and in 2003, he founded Sacred Harvest Foundation with his wife Susie. Sacred Harvest is the outlet for his creative thinking and generous spirit. The organization’s team of nine serves non-profits and the church in Orange County, CA, Maui, HI, and Mindanao, Philippines. For more than a decade, Sacred Harvest has helped to increase the capacity and impact of organizations within their network in order to develop a flourishing spiritual environment where people can prosper, all for the glory of God.

For many Christians, wealth is accompanied by a certain measure of guilt.  This compels many to hide their prosperity for fear of being judged.  In “Living With Wealth Without Losing Your Soul,” Steve Perry analyzes some contemporary understandings of bible passages and parables to demonstrate that justly earned wealth is as much a gift from God as any of His other gifts.